This post was written and photographed entirely on location at Immersiva
What viewer do you use? 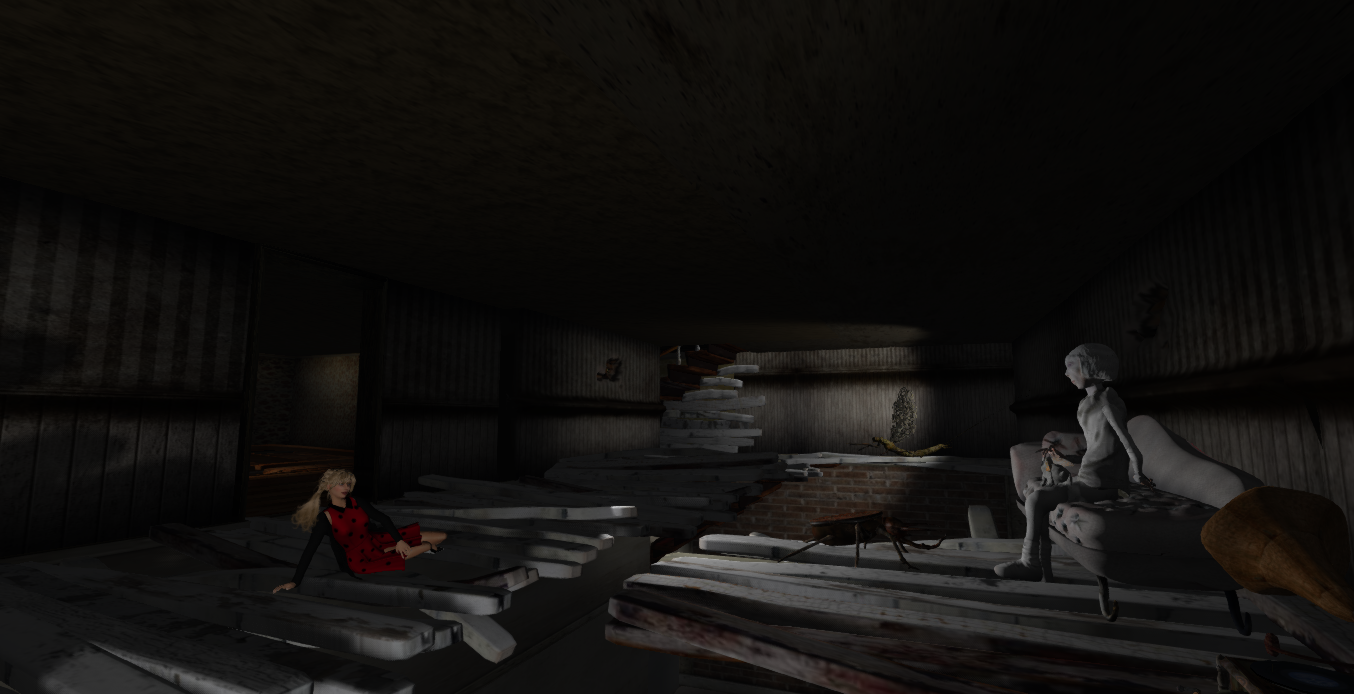 This laptop has LL3, Exodus, Kokua, Cool, Phoenix, Imprudence, and Singularity. Imprudence was such a great viewer for visiting open sim, very stable, comfortingly familiar UI, but of course like Phoenix, it can't see mesh. Anyone who loved Imprudence naturally gravitated to Kokua, but that bloody UI is exhausting.

Most irritatingly in Kokua, if you want to just briefly modify windlight for picture taking purposes, as opposed to creating an actual new setting, the only way seems to be by editing a preset, and then leaving the edit window open or minimized - if you close it, you go back to the Windlight you were in, before you made all your meticulous changes to the sun angle and time of day and gamma and such... much swearing ensues. There probably is a 'proper' way to do it, but the Kokua ship has sailed, and it's Singularity all the way, baby.That neat little box in the bottom right corner that lets you manage all the graphic settings is the bomb. Plus you don't have to waste time removing the horrid little tabs taking you to Destinations and Facebook, as you do in LL3 and friends.

Scottius: I am in Singularity. it has less bloat than Firestorm 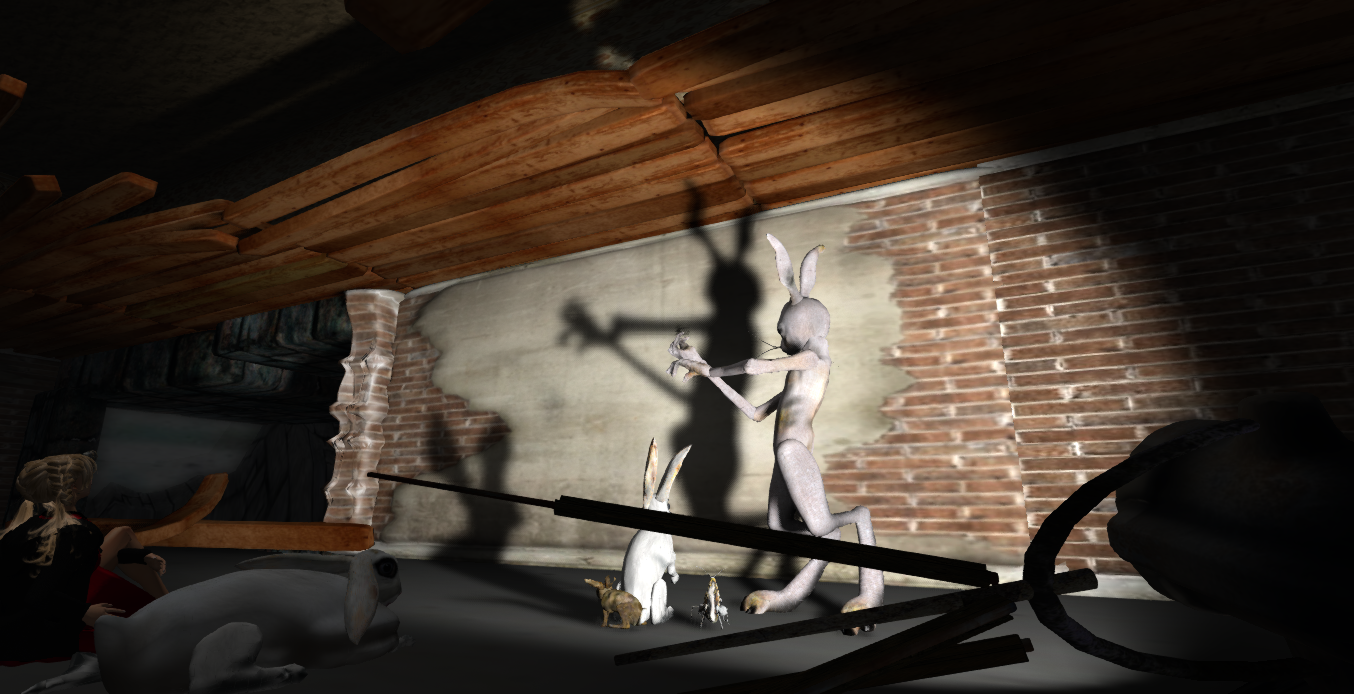 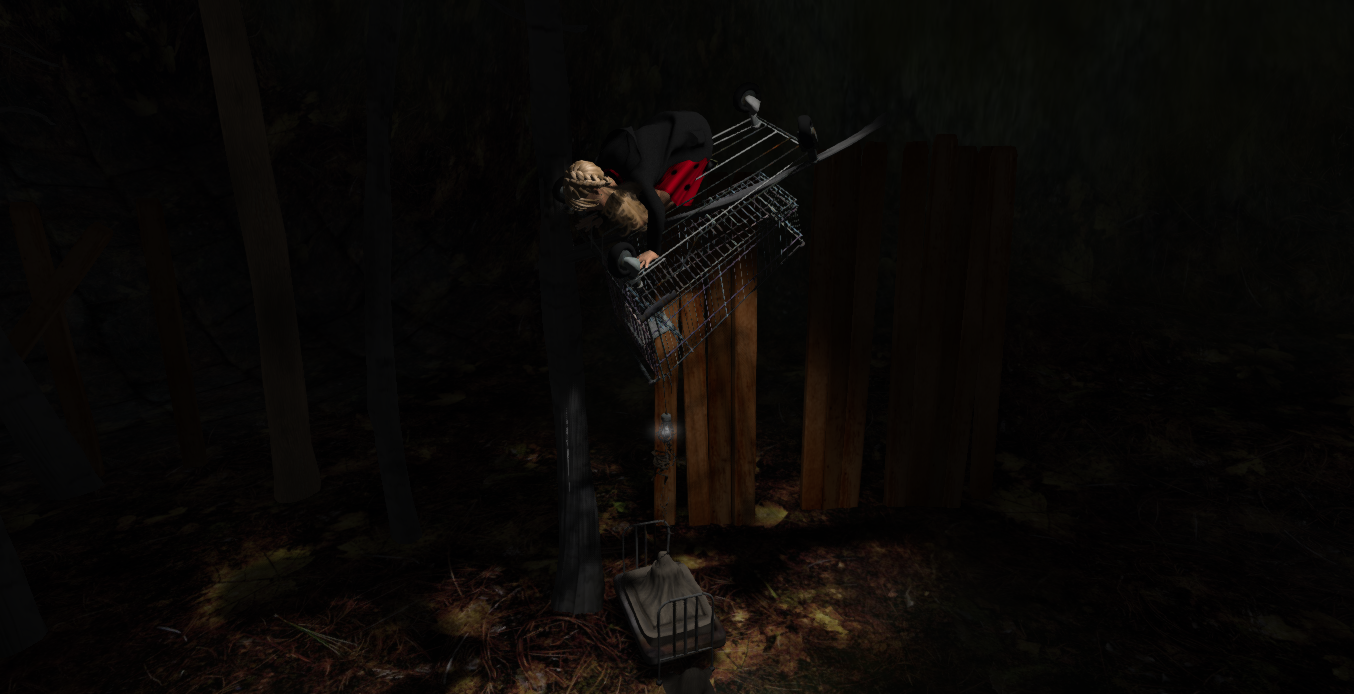 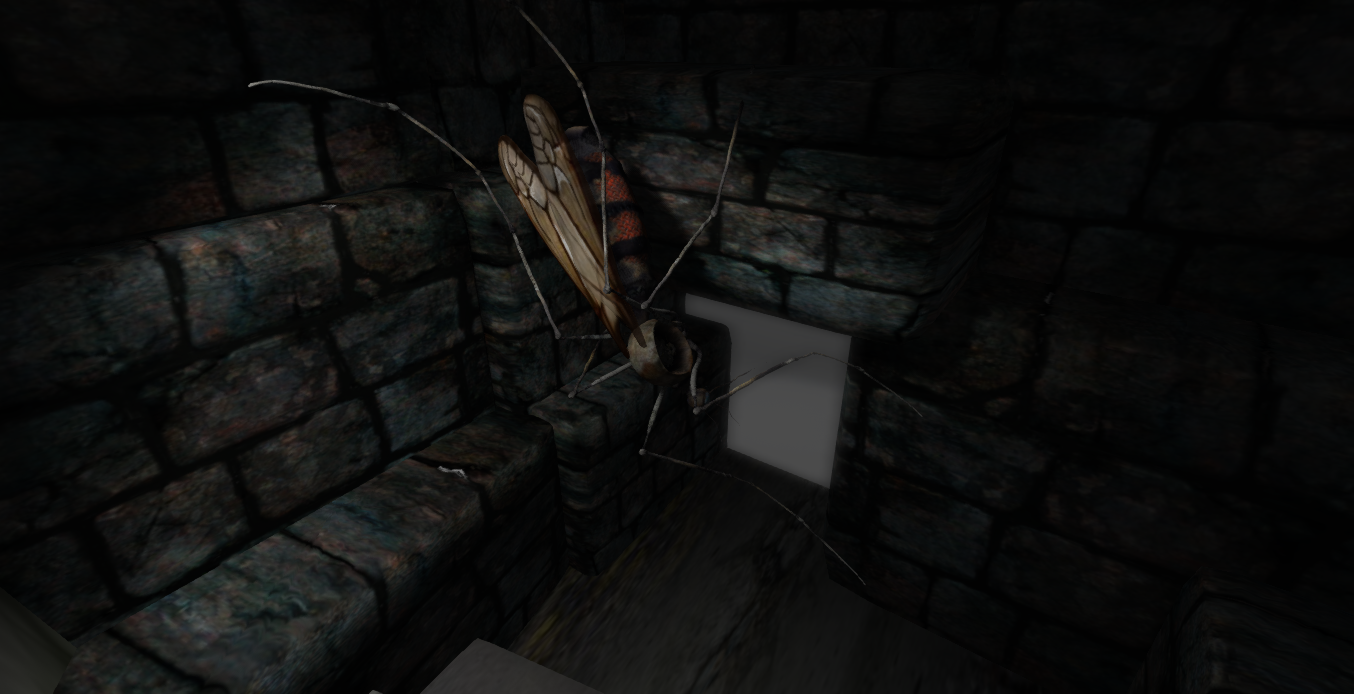 Thirza Ember: so you never use the official viewer?
Scottius: Oh I do
Scottius: whenever I'm having severe lag I switch from viewer to viewer, which is often. Something changed about sl where there are times when it is unusable for me

Death is the final exit.
Anyway, to go back to the whole 'which viewer' thing, after the keep it simple stupid approach of Imprudence, the range of Windlight options in Singularity is breathtaking. LL3 is crap when it comes to Windlight options. The other viewers have similar skies available, but they don't appear to let you toggle through your options with crossfading, showing you each ambient light combo in its full evening, night and morning glory.
Thirza Ember: try not to become roadkill
Scottius: are you seeing what looks like flickery christmas lights on that bike?
Thirza Ember: there's a lot of weirdness here.
Manji's Ise-Tan v 2.01 (White): You are not allowed to drive this vehicle...
Scottius: I'm not allowed to drive
Thirza Ember: just as well
Thirza Ember: you're an otter
Scottius: what I need
Scottius: is an ottermobile
Bryn recently made the point that when you visit a build - especially if you're reviewing it - you should use the Windlight the artist intended, and to that effect she has giant explanation posters in the Foyer at Immersiva. It's a lot to take in, but was worth getting the settings right. Even more joy to discover on a second visit that there was no need to fiddle with settings, just check the 'Enable WL Settings' box and voila, darkness falls over viewer and sim. But that may be because I keep my graphics at Ultra all the time now. Before Singularity, that would have been an eyewatering lagfest. Now it's a shadowy delight. 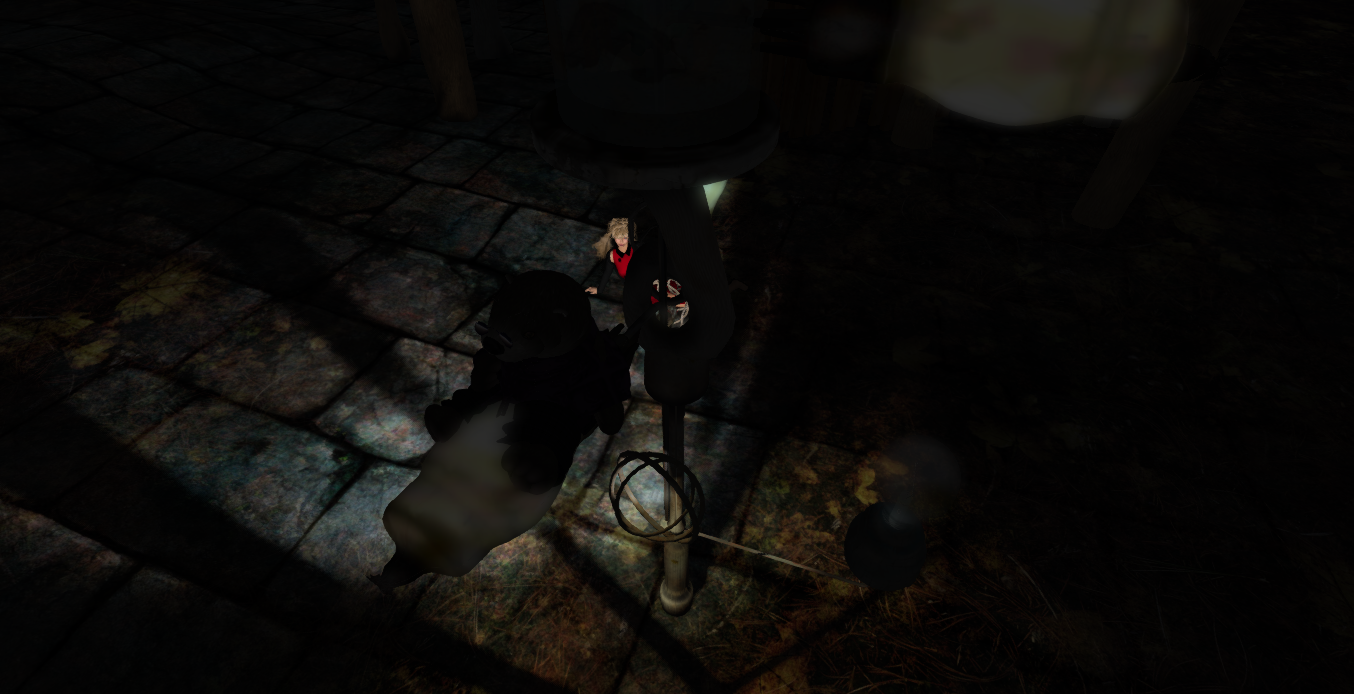 There was a time when swapping between viewers meant finding yourself wearing three pairs of shoes and several skirts, but they seem to have fixed that now. One worry less for those of us who forget to TP home at the end of the day, and who have only just come to terms with the concept of  'Adding to Worn' not 'Wearing' additional alpha layers that go with mesh clothes. 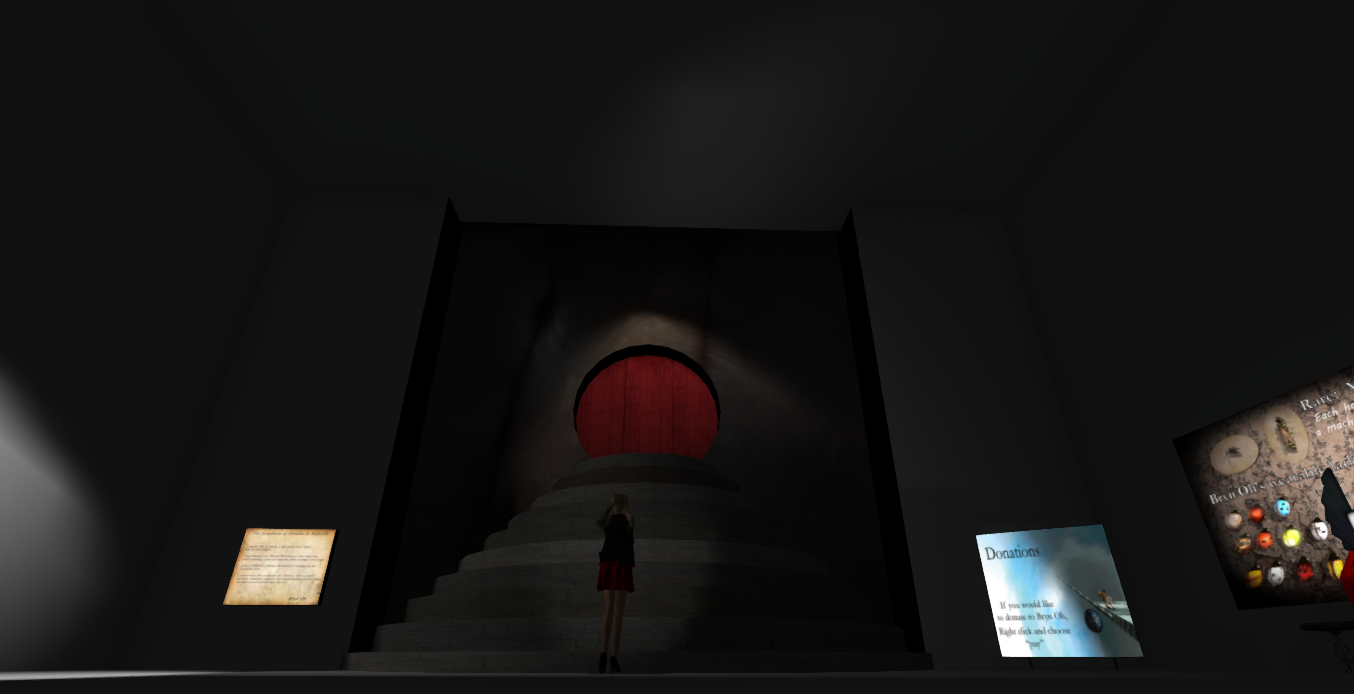 Or the concept of doors.
Thirza Ember: I can rarely if ever manage to open doors. This one beats me. I try Touching it and Sitting on it, but it just won't open for me... the other day I had to cam into the build and click on a pose inside a car, just to get inside.
Scottius Polke: Say 'open' in chat
Thirza Ember: open
Thirza Ember: now i feel like a complete idiot ... I bet there was a big sign telling me to "say open", wasn't there? Sigh. And another thing, how is it I have never been able to walk in a straight line, from the start of SL?
Scottius: you're drunk? "the keyboard has been drinking...not me"
Thirza Ember: I press on the arrow key, and Thirza goes off at a tangent. I press the side arrow keys to compensate, and that triggers this terrible fishtail effect. Like I hit the bottle. There are fighting bees in this one.
Scottius: sending out an SOS 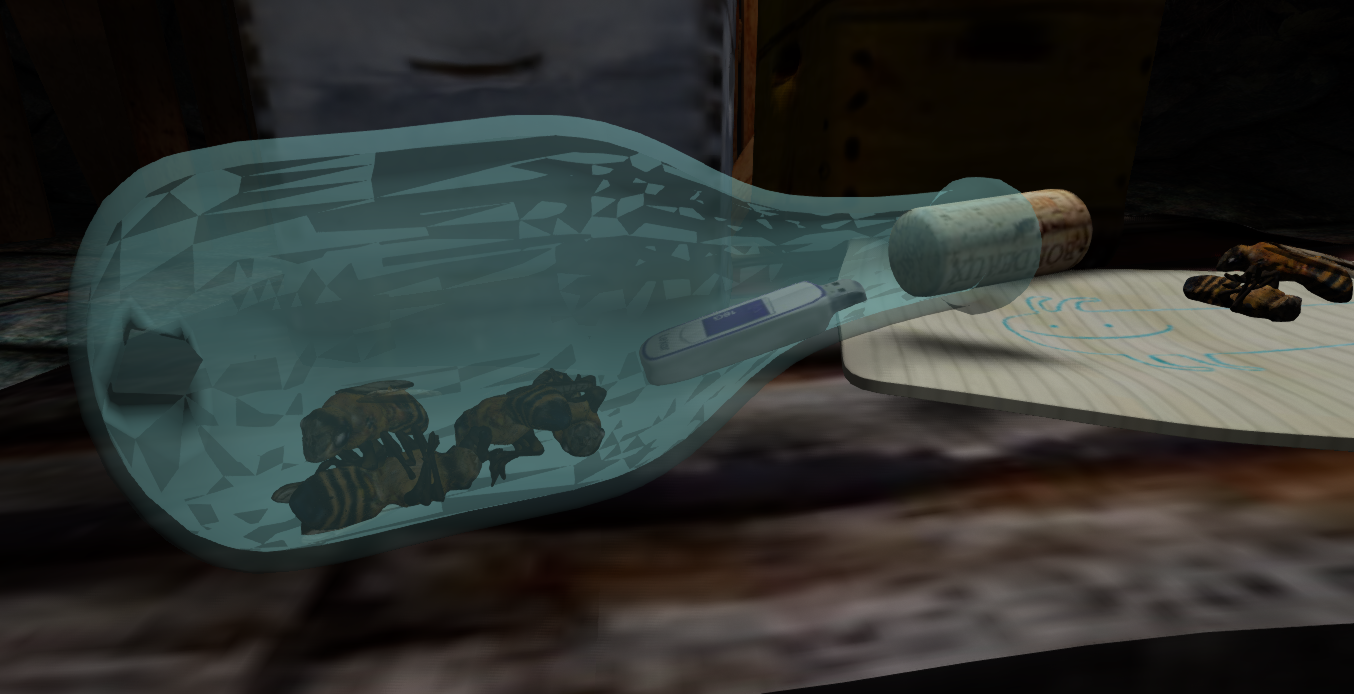 Scottius: giraffeswing
Thirza Ember: he's a 60's throwback. I am pretty sure you're not supposed to sit here
Scottius: Watch out for pose cops

The most important part of any build are the poses. Hands down. Don't give me prose, gimme a pose, for prose is often pretty bad, but poses never are. Hurrah for the groundsit override! Am I right? Which brings us to the built-in viewer A/O. They are great, lower lag, and if you hypergrid at all, will preserve your dignity. Only downside is if you swap around from Singularity to Kokua etc, you'll have to set up the A/O separately for each viewer.

Thirza Ember: Or here... waitin' for the phone to ring
Thirza Ember: ok now the creepy kid
Scottius: yes the moment we've been waiting for
Thirza Ember: It's all phantom but if you work hard, you ware rewarded with a place to sit. Voila! Well if you can't see the creepy face now... 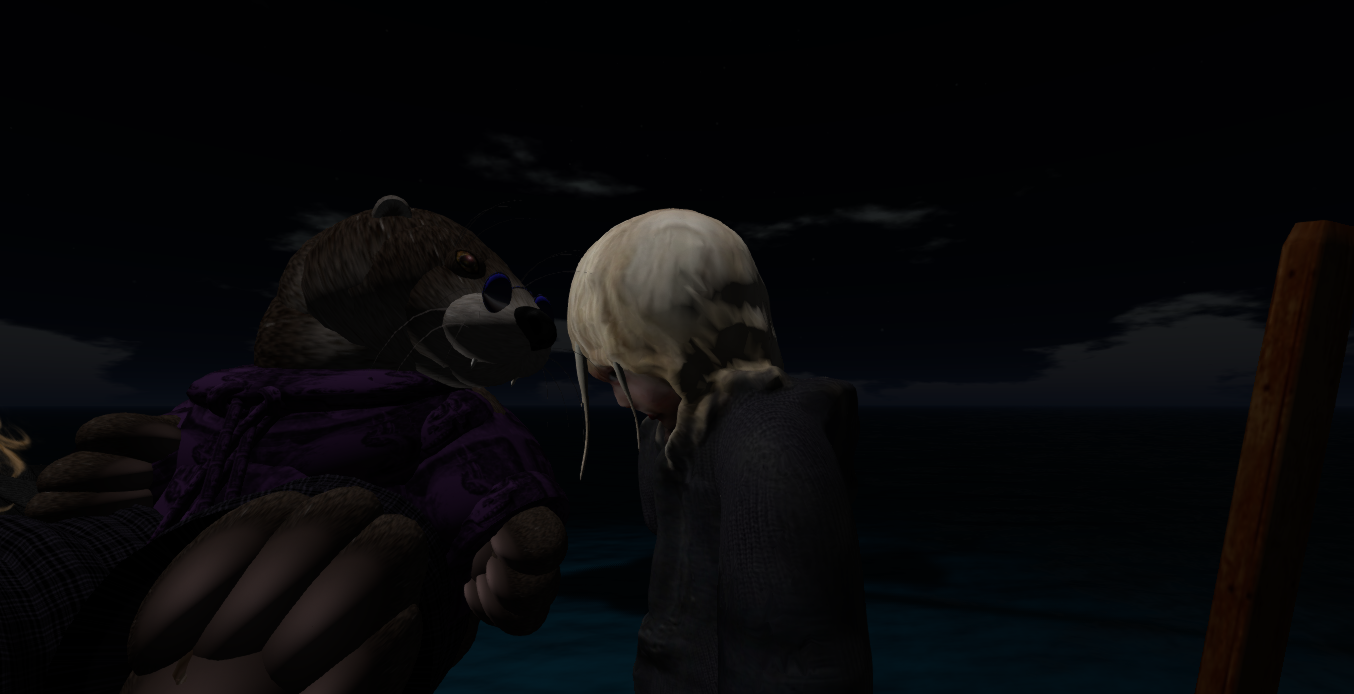 Scottius: I see it better now, though I found catnip woman pretty creepy too, and she has a catnip ball in her mouth
Thirza Ember: It would probably seem less creepy if I wasn't blotting out the story. What is it about having a narrative thrust onto an immersive work that makes me fight tooth and nail not to pay attention? I love stories. Just not in SL. The catnip woman was bad yes. I had not seen her before. I always travel hopefully, but rarely in the right direction.

Thirza Ember: i think i hate komiko. Not the build, just the girl. she has rabid rabbit issues.
Scottius: well she uses singularity
Thirza Ember: that is her saving grace