So, things aren't so bad after all in Craft. The total loss predicted this morning has turned out to be only a partial loss. Most rezzed items and most sims are fine, although one owner came inworld to find half his sim pure white - weird huh. The main loss is to people who joined after December 23rd. Their accounts have been wiped, at least so it seems. Maybe even they will  beat the jinx somehow.
Of course, you'll say it's not a jinx, it's a salutary lesson in grid-building - the first article of faith is BACK UP YOUR WORK. But at the Hypergrid Adventurer's club today, it's interesting how many sim and grid owners confessed that they really haven't backed up their OARs and IARs as much as they should. Pathfinder also keeps his stash of belgian beer way too close to the camp fire. What does OAR stand for, anyway. 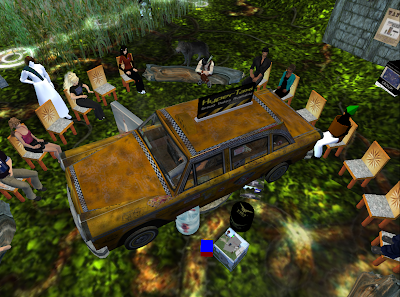 The club met to test the new Hyper Taxi. I should give credit to the script inventor but confess in the confusion I forgot to write it down, begins with a T I know that... but you know all that stuff is over on Pathfinder's blog. He has a Google group also that shares tips and tricks about hypergridding in general; look for it. Hyper hero Jeff Kelley showed off his manly attibutes, by picking up the taxi, seen here on a mountain in Reaction Grid, and we were all impressed, even more impressed by the taxi mechanism. You click on the sign on the top, and it says 'Taxi' and then after 10 second you are tp'd to your destination. I believe Path made tha actual car - I took a copy, don't ask me what I'm going to do with it in Jokaydia. Hypernauts are really fun and funny people, you should join HGAC, they do cool stuff. 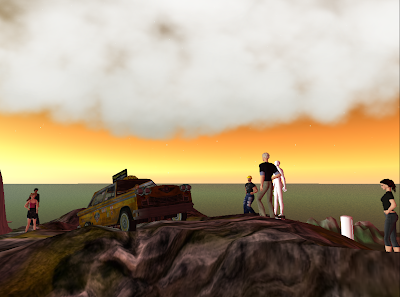 Back in Craft, whew my chess clock and bike, which I wasted the whole week making, are not gone and everything else in my skybox on Cassiopea is still there. 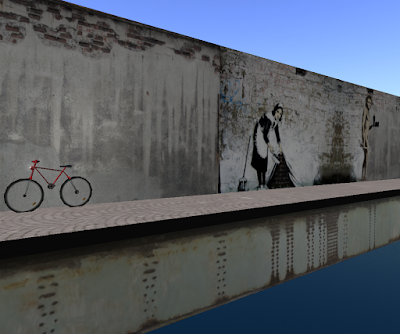 Ditto at Chocolate; I had a brief idea I'd redo everything, seize the opportunity to do more, and more exotic, but now waves of laziness encircle me, zzz why go climbing any mountains I don't have to. There is some stuff to repair, but lack of know-how was the big time sink in most cases, now I can pretty quickly sort out the in-viewer a/o, find nice urban textures and sounds online, and make a bikini crotch that is flap-free, for example. 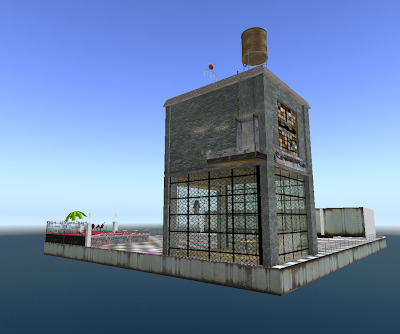 Losing the inventory, well, it's a two edged sword. On one hand there were all those copies of aborted textures, on the other hand, scripts, animations, prim assets... wow. But it is interesting to see how much road has been travelled since December 23rd. I have learnt a lot in Craft, from Alphas to Zhaos.
The really nice bit, there was none of that bitter carping you get in Second Life, with horror stories about Jiras and tickets and I don't know what. It was a mistake, we are all in this together, and took great pleasure in each other's relief at finding most stuff still standing. Licu and Tao have created something special, a truly Friendly Grid.
1 comments

"Owing to a serious error during maintenance, the Craft Database has been damaged. The Grid will be restored to is status as of 23 December 2010. This means anyone who joined Craft after that date needs to sign up again. All inventories will revert to 23 December. Payments for whose who are renting land in Craft are suspended. Sims are being reviewed on a case by case basis, and wherever possible, the most recent version will be restored."
or as Licu put it, "In fase di manutenzione del database si è verificato un grave errore sullo stesso rendendolo irrecuperabile, verrà ripristinato un database risalente al 23 dicenbre 2010. Tutti coloro che si sono iscritti dopo tale data devono rieffettuare la registrazione. Gli inventari risaliranno alla data suddetta. Tutti coloro che hanno in affitto sim su craft sospendano i pagamenti. Ogni caso verrà esaminato singolarmente, cercheremo di fare del nostro meglio per ripristinare tutte le regioni alla situazione piu' recente."

What a day. But next time the builds will be even better.
0 comments

Email ThisBlogThis!Share to TwitterShare to FacebookShare to Pinterest
Posted by Thirza Ember at 7:32 AM
Newer Posts Older Posts Home
Subscribe to: Posts (Atom)
This blog is about the virtual world called Second Life, its people and places, where real ideas, imagination and fantasy come alive.
Google SecondLife if you want to join in the fun, however remember this: it may seem like a game, but it's no joke.