Back in the rhythm: Feathers Boa

It feels, she says, a little odd. Kind of like stepping back through a time portal. Nothing much has changed really; yes, there's mesh (which games have had for years) but it seems like Second Life has stood still. Kind of like seeing an old friend that never seems to age. So what has she been up to while away?
Feathers Boa: I've been doing art and graphics for games. Everything from casual games for smart phones and tablets to console games. I am working on a game right now that is all sketches that look like a talented child drew them colored with different color torn paper and crayons. I am animating these to make sprites and it is totally unique looking. It's the most fun I've had at work in a long time. I hope to do some more of that here. 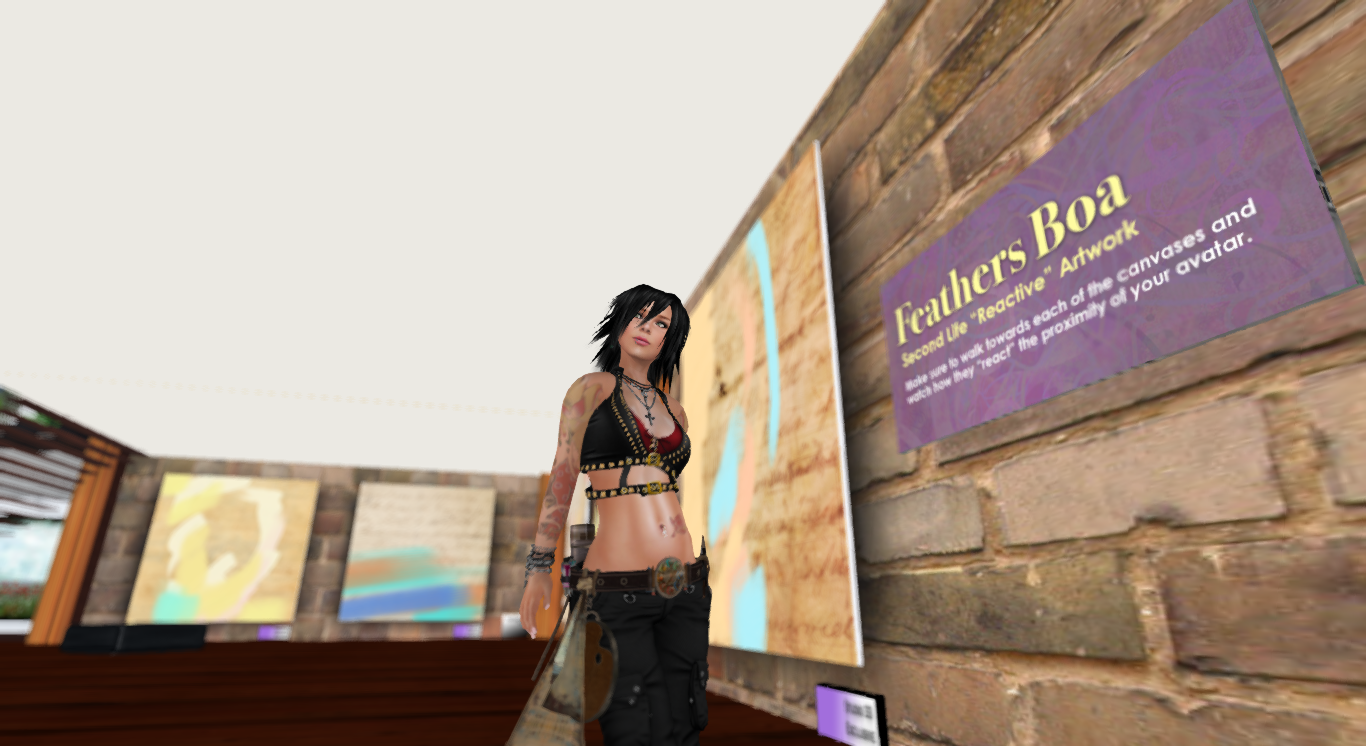 And by 'here' she means here in SL, where, after her three years' hiatus, she's jumped in with three different interventions in about as many months. She contributed some pieces for a show over at LEA, and that was something of a catalyst.
Feathers Boa: I thought it would be fun to do something big and bold after so long away. I did some mesh sculpture for it, but mesh seems finicky and difficult in SL. So, I think I will be using it sparingly. The tanks looked cool though. Fabilene Cortes saw me online and asked if I would like to be in the newly resurrected Crossworlds, it was always one of my favorite galleries so I said yes. I will be swapping out some of my old stuff for new there in the coming weeks.
There's something of the junkshop layout at Crossworlds, all kinds of two and tree-D treasures and vintage items scattered about, reminders of past builds and shows, halfway between wistfulness and glee. It's the kind of place one can imagine Feather's alter ego, the RL Mary, enjoying to rummage through. That love of bits and bobs, shards of the past, is reflected in her brand new series of works made exclusively for her new show at Studio 33.

Feathers (nowadays 'Silky' Feathers) prefers the word 'react' rather than scripted, for the effect that she is using to engage the viewer on - quite literally - several levels. Fabricated in succession, they suggest aspects of a single notion which she has titled 'Dancing Faces', and while they work well as a group, it's easy to envisage a single canvas on the wall of a second life home, and for about the price of a reasonably good mesh dress. It's curious how much SL art these days counts on installs so big you need an empty half-sim to accommodate it, and no surprise that few artists working on that scale manage to break even on their expenses.
Feathers Boa: Monroe Snook was one of the first people to take a chance on my artwork when I was a noob. So, it's for sentimental reasons really. If someone asked me to do a solo or big show, I am primed for it now. But this Studio 33 one was nice because it's a small crowded space. So I came up with something a little more intimate. 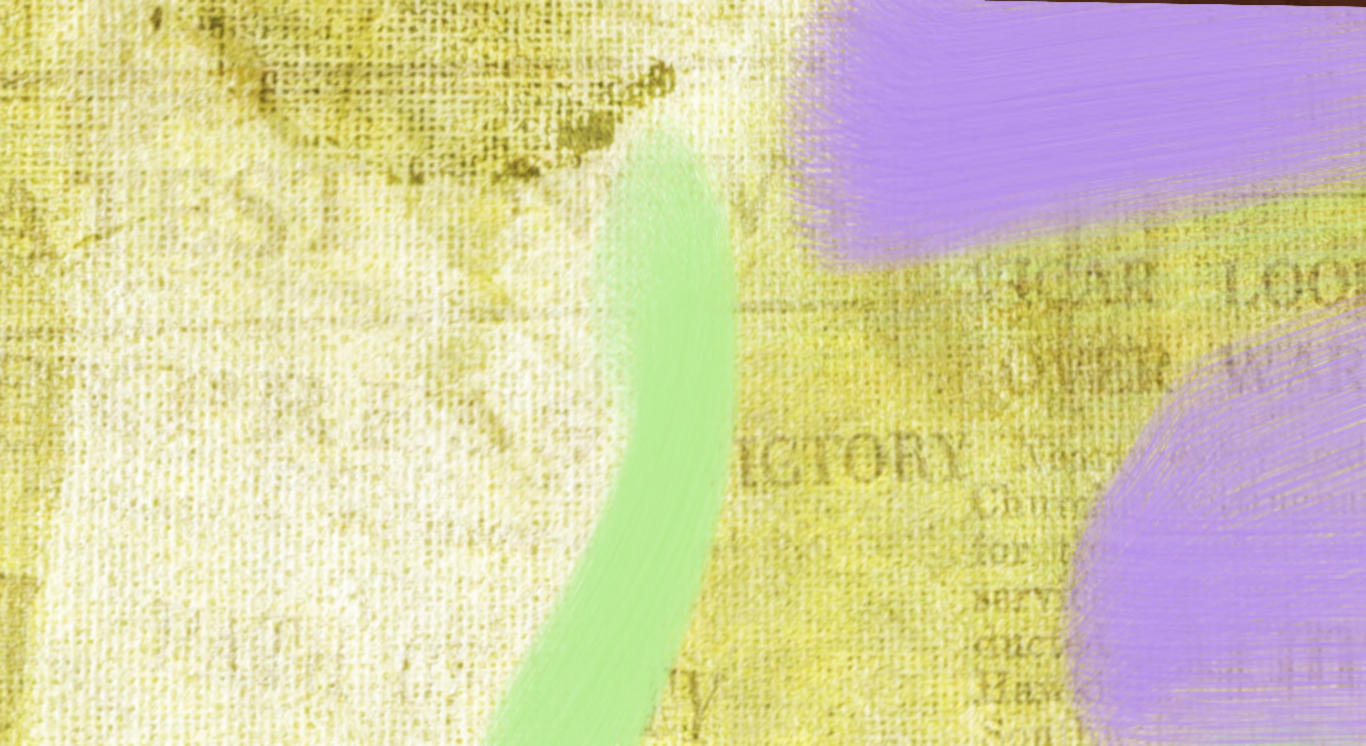 When left to herself, Feathers seems to take a more pragmatic, avatar-sized approach to expressing concepts, in this case, another adventure into the female face, through a veil of history, represented by found documents, one might guess stolen, or photographed on the sly - newspaper titles hinting at old news, or Bank receipts, or old crumpled letters speaking of grace and gratefulness - all this animated and masked by free flowing brushwork in pastel colors. 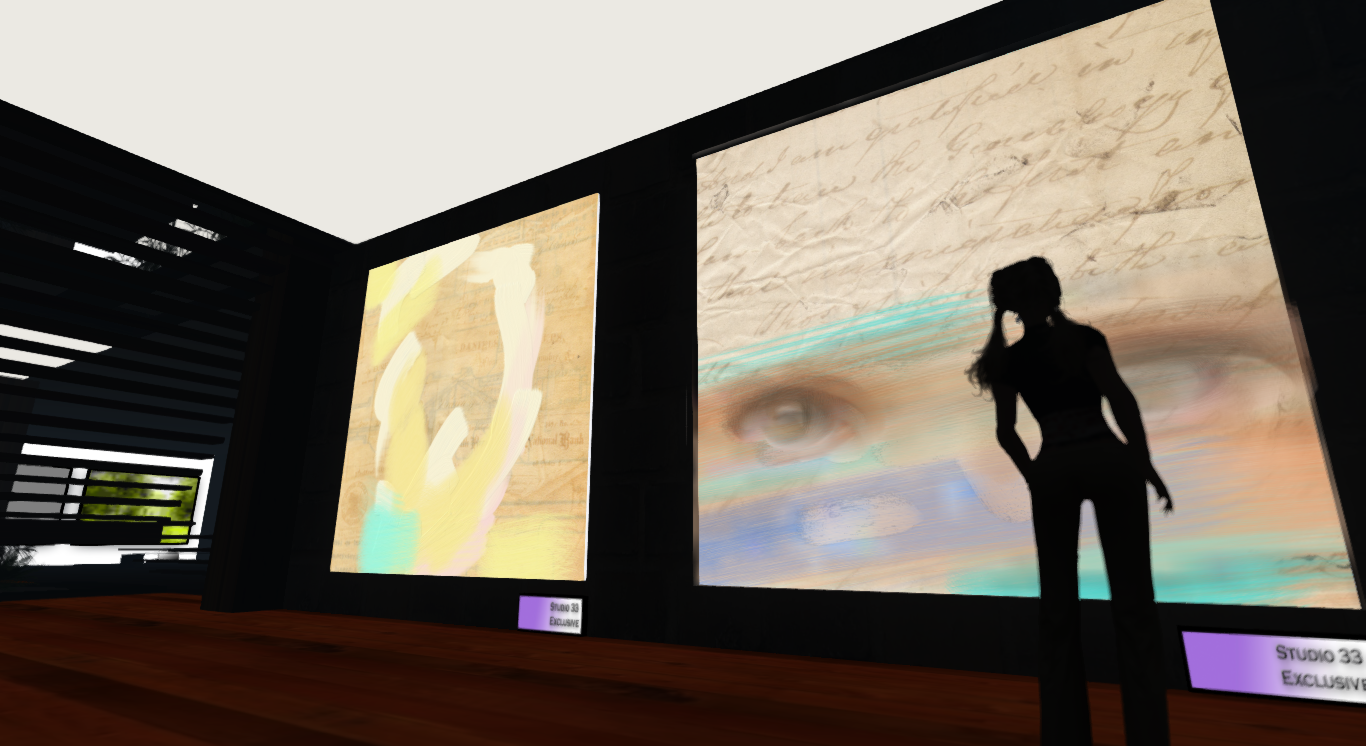 Feathers Boa: The canvas layers created a kind of rhythm. Each canvas is like step in the dance. The canvases spring to life. I like things that challenge expectations and I love trying out new techniques.To be honest, I've been doing a ton of 3D modeling and I so sick of making things look more and more hyper-realistic. So my new thing is natural materials and loose hyper-kinetic brush work. I want to more impressions than polished almost photographic work. 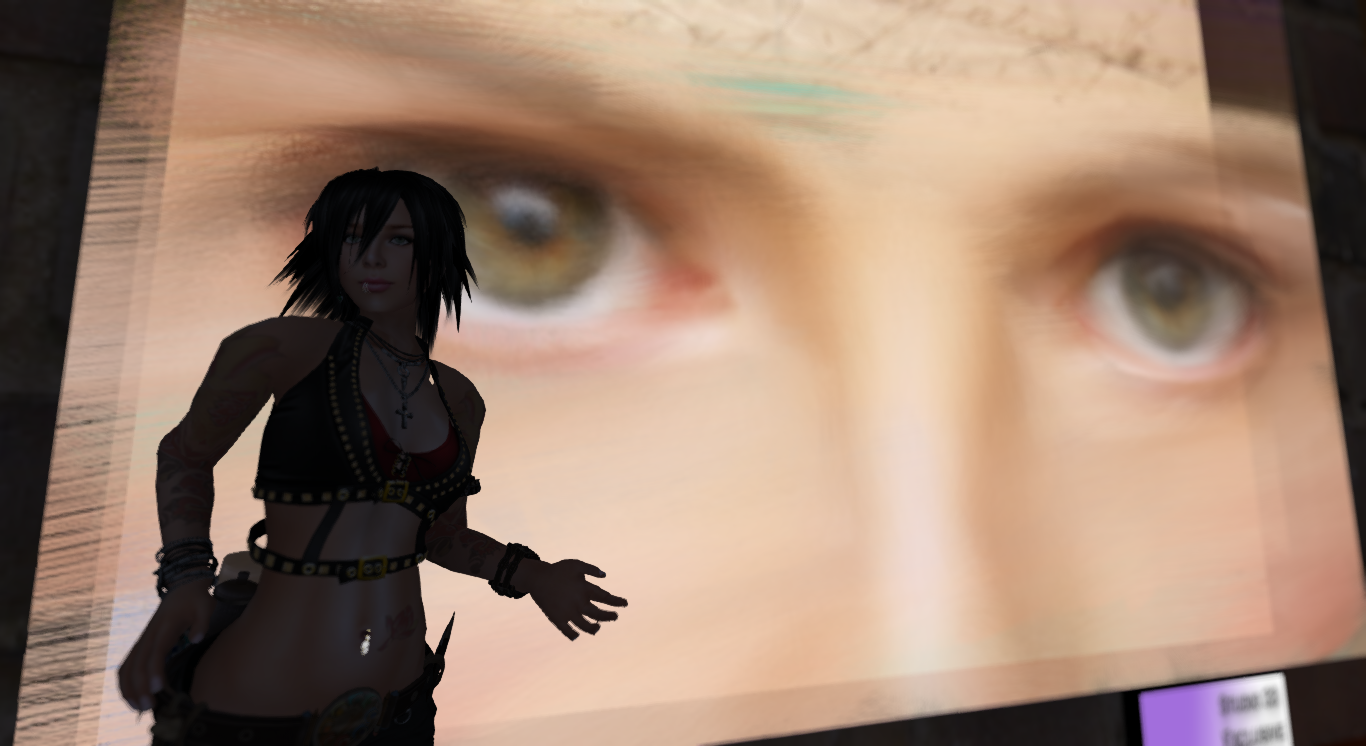 Feathers Boa: I have mixed feelings about doing art again in SL. When I was here before, the art stuff seemed to take over my life, gobbling up my free time. I have to be careful to keep it in perspective and say 'no.' But, yeah I could see doing some shows here and there just to challenge myself a bit. Test my limits and try new things hopefully. Stretch some art muscles.
Check out all five canvasses over at Studio 33 from this week.
0 comments

Email ThisBlogThis!Share to TwitterShare to FacebookShare to Pinterest
Posted by Thirza Ember at 5:27 AM Labels: 3d art, 3d art in second life, art in second life, art in sl, Crossworlds, Feathers Boa, monroe snook
Newer Posts Older Posts Home
Subscribe to: Posts (Atom)
This blog is about the virtual world called Second Life, its people and places, where real ideas, imagination and fantasy come alive.
Google SecondLife if you want to join in the fun, however remember this: it may seem like a game, but it's no joke.