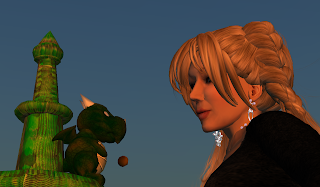 It's an accepted paradox that Travel writing is best done by people who don't know much about their subject. Oh sure, they get the names of the major attractions right, and explain the money and describe that nice little souk where few tourists ever go. But the better you get to know a country or culture, the more you find yourself hesitating, qualifying your description of it. The ideal travel writer breezes in, gets an idea and has the gall to share it, unashamed of their status as an outsider. Take the Orient - the name itself betrays a point of view: it's only 'East' or even 'Far East' from a European perspective. Even the seasoned visitor, with both work and leisure experience in Asia, finds themselves hard put to give more than a glimpse of  what is a vast and ever-changing enigma. Yet that glimpse can be hugely entertaining. 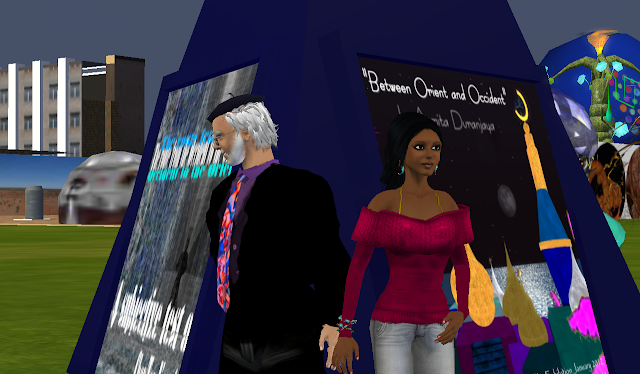 Part of the UWA Sky Series, Between Orient and Occident is a three part installation that expounds on Central European (as opposed to the Anglo-American, TV and film based) perceptions of Asia. It's well worth exploring, as much for what it tells us about what the east is "like" as what it tells us about the three artists Asmita Duranjaya, ChapTer Kronfeld and Louly Loon. Louly wasn't able to be with us, on the day, but her art is so cool, she's bound to have a whole post to herself before long.
The visit starts at a pyramid, where Magic Doors give access to each section of the build.
ChapTer Kronfeld's take on the orient is dark, masculine, intuitive. He embraces the unknowingness of the Westerner, presented with the concept of the East. 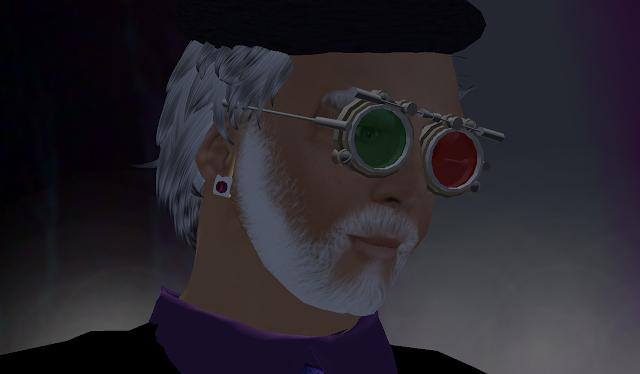 A sense of oppressive uncertainty plays against luminous panels, points of reference that turn out to be phantom prims that you're meant to walk to, and then through. It's a confusing and almost maddeningly disorienting place. ChapTer led the way through passages. Following his strong, capable avatar made it feel a lot safer, but in the end, it was time to step alone into the darkness. 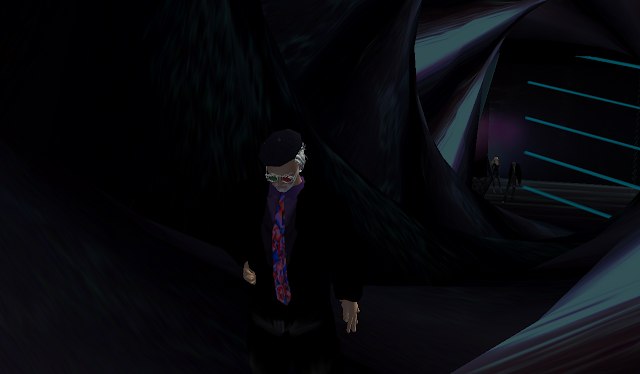 ChapTer Kronfeld: It is my strong way to find the theme of Orient.  The last few meters you must go alone, Thirza - your destination is to go to the light. You will find it's a good feeling in the stomach! 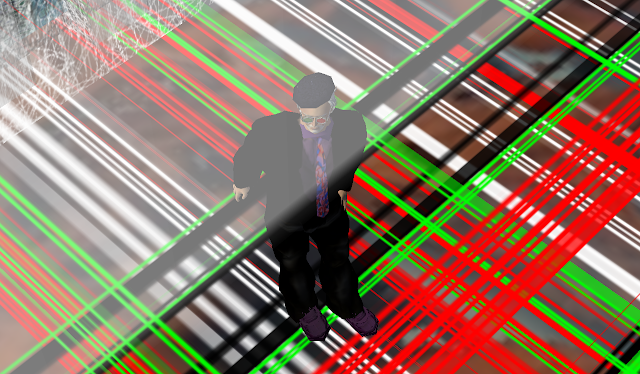 The reward fo all that uncertainty is a powerful open space, a vast contrasting web of lines that suggest skyscrapers, lines of communication, bloodlines, and so much more.
ChapTer Kronfeld: Here you can walk into the spider's web... 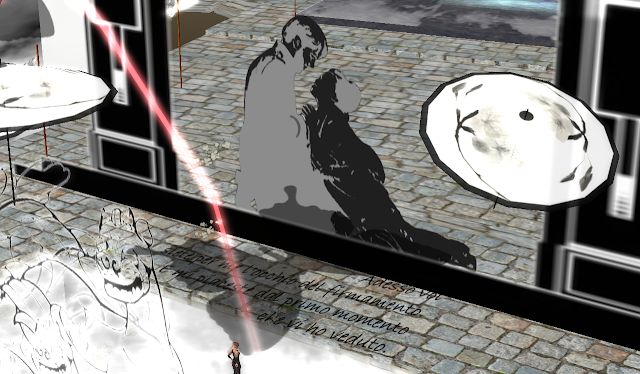 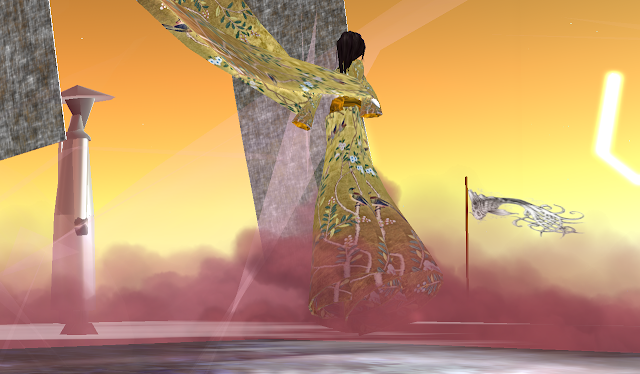 This is not Japan, it is a dream of Japan; a dream of a world of death and love, loss and honour that cannot be said to no longer exist, since it was always a fiction built of indestructible truths outside the realms of the real. Pure feeling. Pure beauty. 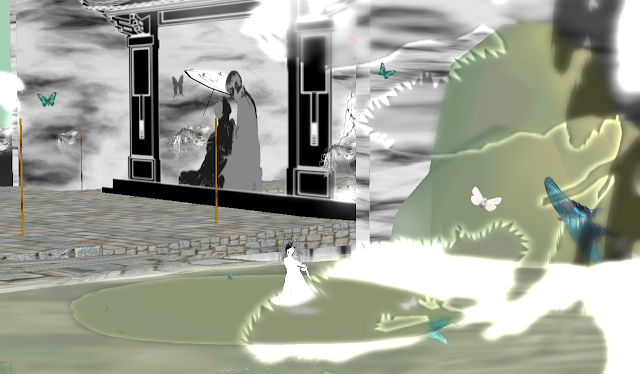 Asmita Duranjaya is a tireless creator and performer in SL, and it comes as no surprise that her build is both didactic and energetic. Don't miss the word game she has set up to help visitors get the most out of the educational side of the install - there's a very cute gift up for grabs if you complete the puzzle and find the secret room! 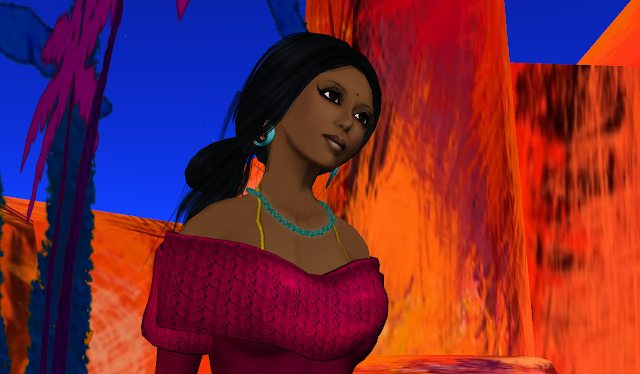 Analyzing five aspects of the Orient, Asmita gets her audience thinking about the sensations of the physical world, and the way it is changing; the intersection of different languages and cultures, and the healing power of spirituality. Years of experience, as well as five months of discussion, research and building have gone into this install, and it shows. 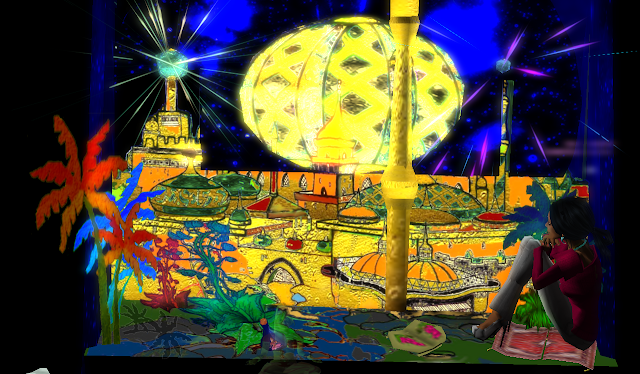 The Tale Tower is particularly charming; take a moment to read the storybooks and be a part of the picture while you read!. 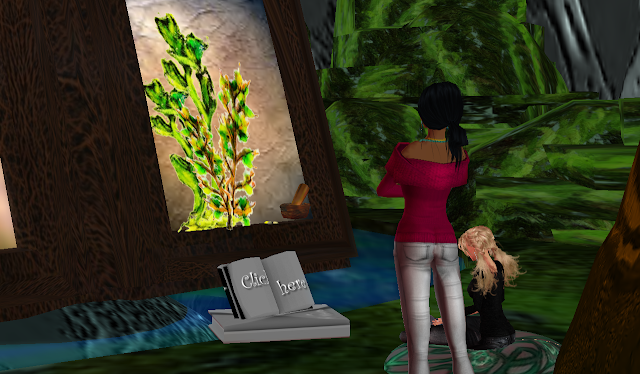 Striking also Urban Standardization a room full of shapes and noise that captures the trope of eastern cities as wildly crowded and increasingly samey. 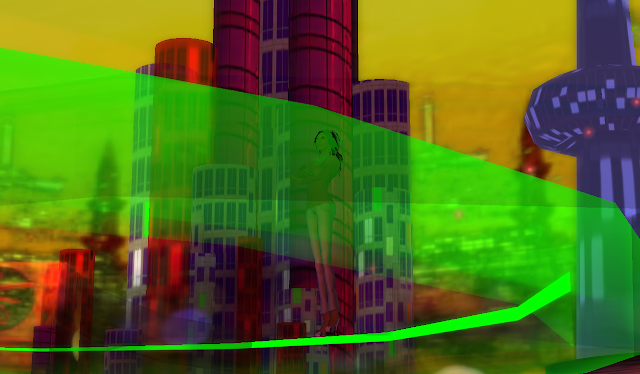 Asmita Duranjaya: The sound is very important it is about the standardization of metropolitan centers - a blending of the appearance of Orient and Occident. Everywhere you look you see the same brands. there is a loss of individual shape but has also its own aesthetics. Each has its own beauty. That is the urban rhythm - its own true culture, or rather, a melting pot, a hybrid or transculture. 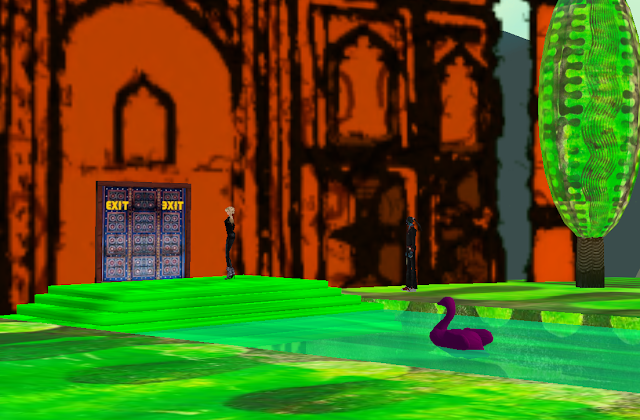 Move around the build to enjoy sensations of colour and shape, healing and meditation. It's easy to see why visitors have been known to spend hours in pursuit of the sights and sensations of the build.
Congratulations to Asmita and her team - including the talented Virtual Instrument Players, who performed for the Grand Opening - for providing a wonderful window onto their world.

Dear visitors. I have in my installation noticed today, unfortunately very much late, that you cannot see with the following viewer, my 3D run letters. Please do they avoid, following viewer: