...the fatality of the big Clock playing with our lives
Cherry Manga

For those of us who have had to deal with problems of the mind, from depression, to brain tumors, to senility, questions of what is real or unreal, what constitutes the real self are deep and substantial questions. 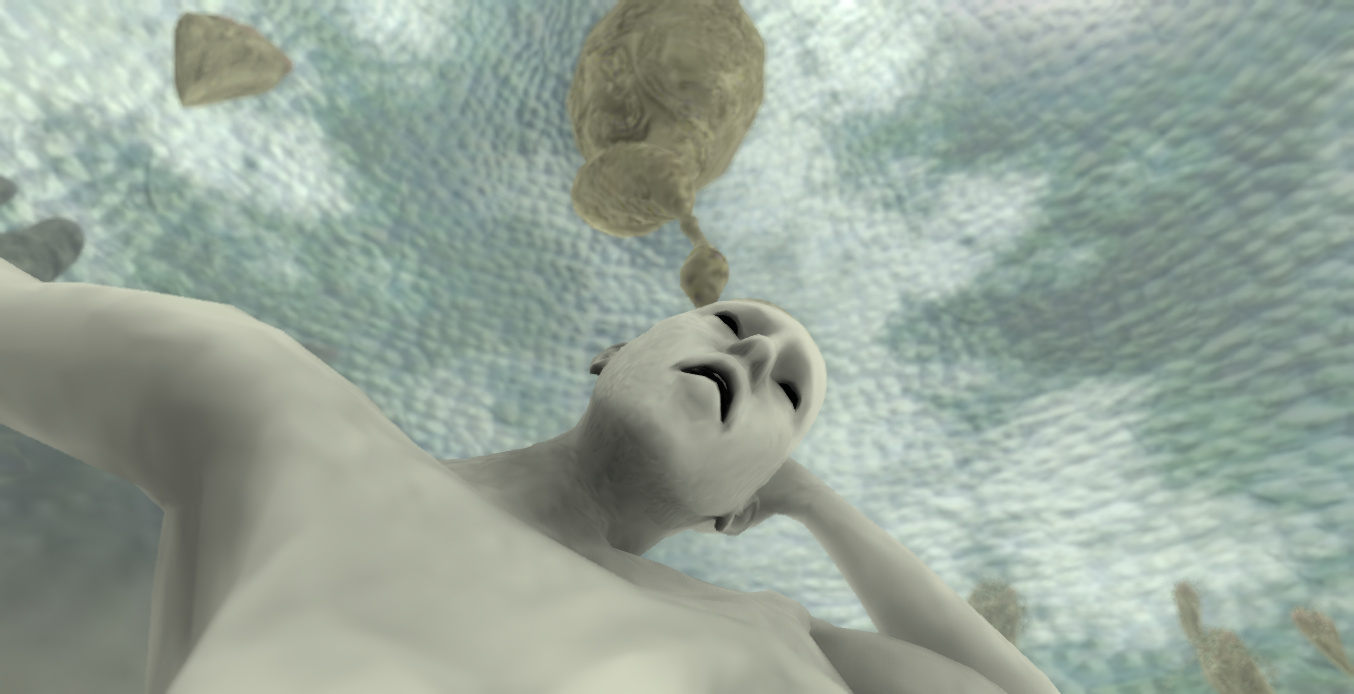 It is a shame that discussion in SL about what shapes and what truly represents the self has been largely hijacked by vapid women and pervy men (often with matching Lolas Tangas). For those of us who deal on a daily basis with mental problems from depression to cancer to alzheimer's via a host of other conditions, physical and psychic, such piffle is annoying, unhelpful. Yet the need to communicate these howlingly large questions remain. What are we, if not our memories? Which of our many states of mind is the true one? Does such a thing exist?
Watching the fragmentation of someone's mind (let alone one's own) is a painful process, and perhaps Cherry Manga's build Insanity,  opening tomorrow at MetaLES, comes the closest to exploring the pieces of thought that make up a damaged mind.

There photos were taken, not in SL, but on Cherry's version of the build in Francogrid, which is one of the best open sim grids out there; if you don't know it, and are a bit shy to get started in open sim, send an IM, and we will fix that. The Windlight in these pictures (Places Eugene 2) may differ from Cherry's choice in SL, but it seemed appropriately stormy. Here's the video teaser by the artist.
Cherry Manga: I am questioning myself, and the visitors of the installation, to think about what psychiatry is now, what medical point of view can be, and how it must be to be considered mentally ill and be locked, physically and mentally in a close and little space.

What unbearable tempests torment the mind, under a curving cortex sky! What voices haunt this build. Sitting among a despair of lines, cutting, joining, linking, separating thought from thought and moment from moment are figures not entirely here but entirely desperate, exhausted by their feelings, ghosts in a world that surrounds yet cannot truly touch them... these are mountains of madness. Do not fear them, they are not the unknown.

For Cherry, the build represents not only the personal experience of the person at odds with their own mind, but also the institutions of society, the stigma and methods of containment, often crude and cruel, that are imposed on the insane.
Cherry Manga: Probably everyone of us had a person or more around in psychological difficulties. And above that, the evolution of the values, the science, the perception of what is  mental illness fascinate me, as evolution in general fascinates me.

Can that feeling of being trapped inside our own heads, that tiny circle of tight idea-strewn rooms ever be subverted or escaped from? Flights of fancy and moments of euphoria, is that what we live for? Those moments when we are blissfully unaware of our condition, our fate.
Cherry Manga: The limits of our vocabulary to define the understandable.

Through the magic of serotonin we may open our eyes, even a third eye, perhaps, to the possibilities of life. A life leaping from synapse to synapse, like so many lianas on the surface of our consciousness.

What do we reach for? A cure? Is there a way to fix the mind, and if eventually a therapy give some relief, can it ever give back those lost years? The unknowableness of fate runs through the installation; chains of thought fail to hold down flying stones lifting in the wind, fleeing a nest of endless threads. 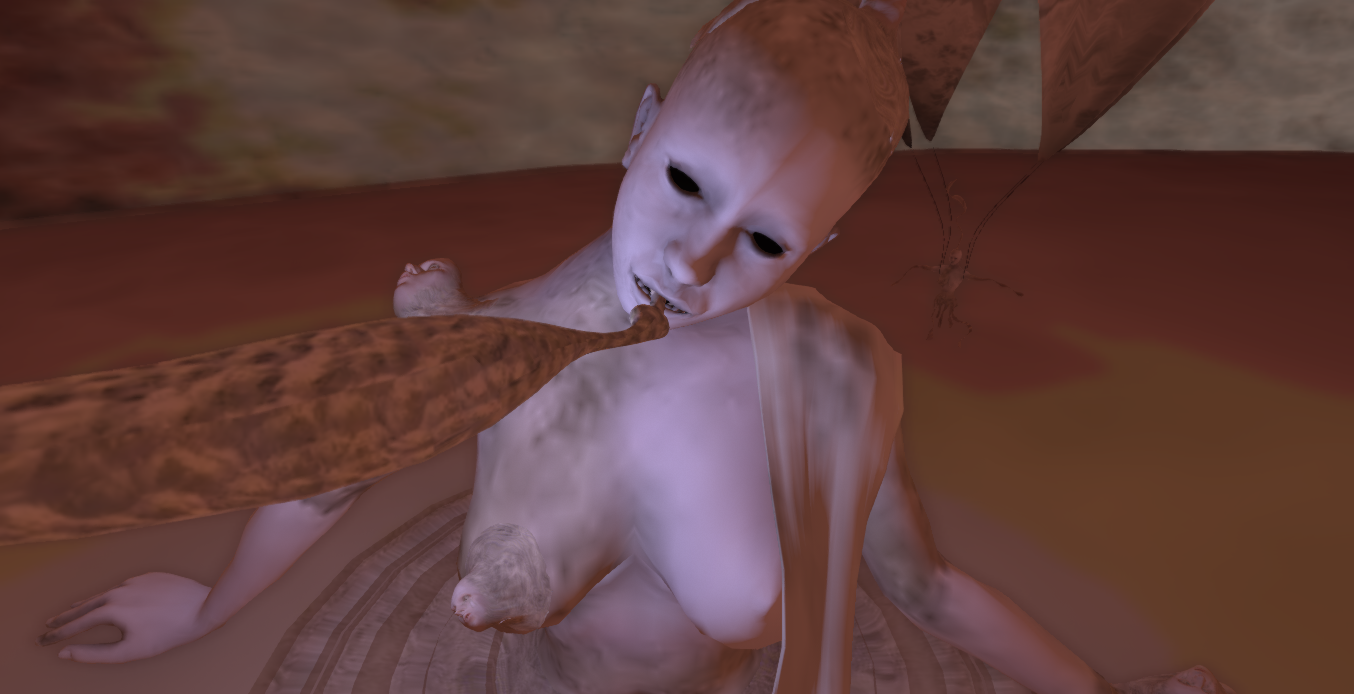 Cherry Manga: The installation is like a "paysage" of images she has in mind and as we can see, everything isn't  so creepy, it also have a kind of poetry, touching sensibility that's good. You have to walk in her mind to see why her thoughts are so 'mad'. Then maybe you no longer think it is insanity...
Insanity opens tomorrow March 14th on sim MetaLES. Hope to see you there...