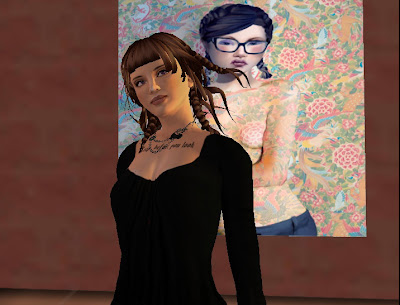 If you haven't been over there yet, make sure you don't miss the new show at the Woodget Gallery on sim Phasma. The gallery itself is a really nice place to hang out, there's the skyline of Tokyo to admire through the big windows. This latest show is called PersoNation and features ten fantastic portraits by, among others, Miabella Foxley, Rob Danton, Maguire Smit, IsabellaGrace Baroque, James Schwarz, Sennaspirit Coronet, Cienega Soon, and Zap Zhong. As she stood before this remarkable picture of Keiko by the insanely talented four Yip, (OMG you have to see this animation) I asked Siri Woodget why she had chosen this theme for her show.
Siri Woodget: Historically, portraits represented the authority, lineage or religiosity of a person, but in SL, a portrait is an articulation of identity in a realm where identities are much more fluid.
The pictures Siri has chosen to put on show are almost breathtakingly different one from another, glimpses into lives, and eyes, that enrich our own. In their variety, the ten portraits, as the notecard says, 'express the unique intersection of artist and subject' - take a moment to read the notes that go with each portrait, and you find yourself in the presence of twenty interesting people, all talking at once, and no-one minds if you eavesdrop... more than that, you'll get lots of valuable landmarks to see more work by the artists you most admire. 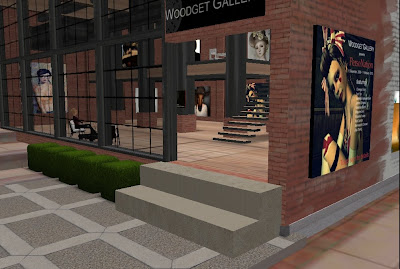 I really liked Aaren Reyes by Kasabian Beck it's from a series of pictures called Stem Cells, Kas' approach to what he defines as a 'pop art' series of portraits is very interesting, I leave you to go and read his card. The effects and manipulations speak for themselves, and I'm looking forward to seeing more of the series. 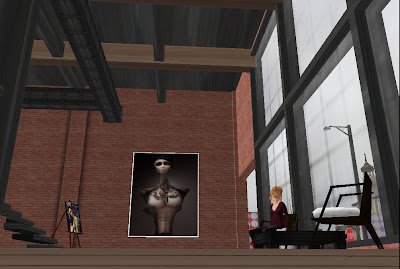 More portraits, but on a very different scale, can be found on Portrait Island an initiative of Australia's National Portrait Gallery of Canberra - doppelgänger. There are five installations here, ranging from the naughty animated avatar statues of Gazira Babeli to Cao Fei's melancholy machinima, Man Michinaga's 'last supper' of code portraits (confused? and see yourself) and Autoscopia by Adam Ramona, Christopher Dodds and Justin Clemens. 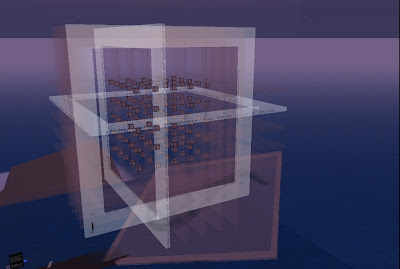 They all rock, but my absolute favourite though is temporary self portrait in preparation for the singularity by Nonnatus Korhonen (in RL Andrew Burrell). It is, to my mind, the closest way to illustrate how thought, and by extension, self, is made: little whirligigs hover close, quietly muttering their stream-of-consciousness, while transparent elements of knowledge, fantasy, feeling and experience intersect within a giant cube, around which an avatar flies, helplessly and endlessly observing the narrative being played out below and around him, bringing into question the location of self itself.
Doppelgänger will be on Portrait Island until March, don't miss it. 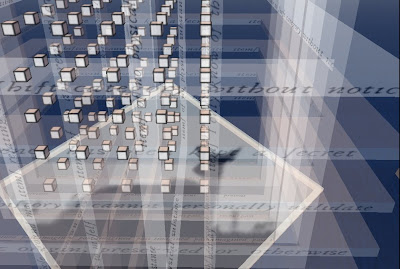