Wow one mimosa too many at brunch today, better walk off the calories with a bit of art about town. Oberon Onmura reccommended Solkide Auer's new two part immersive install at Aeonia, Oberon liked the lower, pyramid part best, I was intrigued by Sol's take on Escher, up above. Solkide's work is alway exquisitely precise, and the central mouselook on both builds really draws you into the geometrical magic. 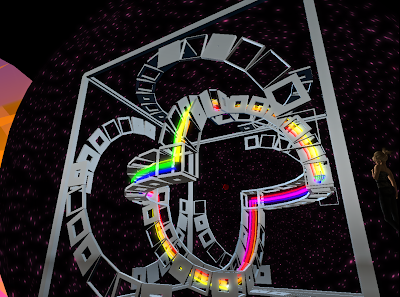 At the garden of Arte Libera on sim Nonsense I peeped over the 'work in progress' barrier at the new install by Pol Jarvinen and Noke Yuiza. It's just one chapter in a fascinating build that takes its inspiration from The Sandman, Hoffmann's short story of fear, fiends and physics made famous by Sigmund Freud. 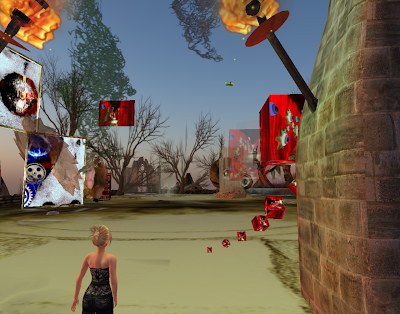 Arte Libera is a very special place, always welcoming thoughtful and imaginative artists and this build is no exception, can't wait to see it in all its glory.
Speaking of glory, shellina Winkler has just opened The Knot, her personal gallery where she will be rotating works from over the past three years. It's something of a unique opportunity to be able to see how her style and technique has developed over time, her favourite is a bug in a script that creates the ethereal visual effect in her sculpture Second Star to the Right. 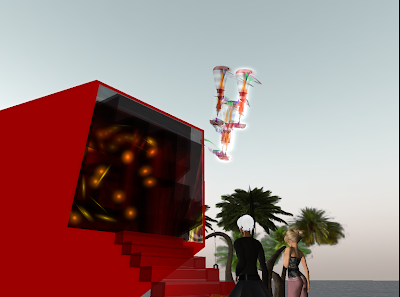 shellina Winkler: I like to think of my art as a portal, something like StarGate - it should take you from Second Life and project you even further. 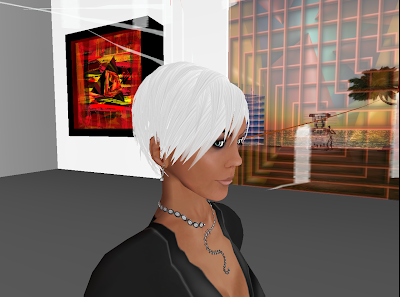 If it's space you want, what better than birthday girl Betty Tureaud's new build 9 Steps to Heaven Betty's an Arthur C Clark fan, and this amazing set of environments features glorious pictures of nebulas and the music of UltraViolet Alter Why nine? No special reason, but each level offers a different experience and you go up by sitting down. Love those chairs. 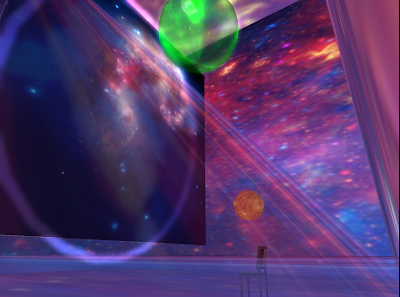 A delicate allegory of change, love, and identity, Love and Creation offers a path up through what might be fingerprints or DNA strands. The build comes together in stark lines that question both inner and outer space in what I hope is the first of many collaborative builds between Daco Monday and Aloisio Congrejo now on show at Tanalois. 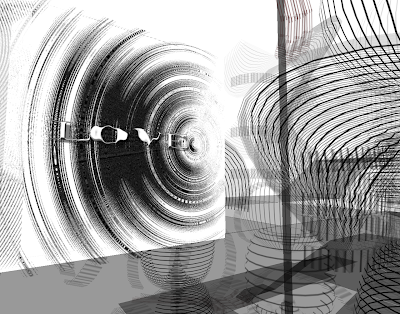 Finally at noon, the big event of the day! The opening of soror Nishi's Tree of Trees in its full glory. Another mimosa just to celebrate? oh go on then.... 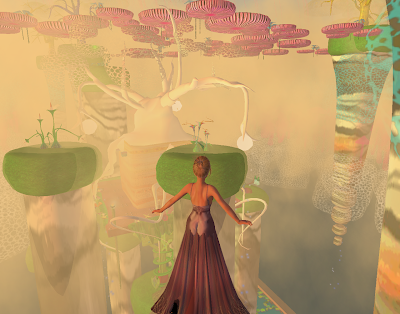