There's no getting away from it, you can always recognize a Caerleon build. No matter who is in charge of the construction, or whether you're in SL or reactiongrid, they suggest the study of an absent-minded professor, a mess of precious manuscripts and useful equations jumbled about the place. The cardigan and pipe tobacco imagery fade, though, when you get down to the individual sections of the build, and the new show Identity is no exception. A work in progress for about a year, it will be up through the month of October, starting this Saturday. 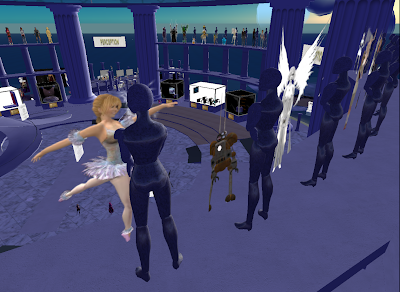 Marshalled by the talented Freewee Ling, many fine artists have become involved with the project, I'm sure you can find a copy-n-paste to give you all eighteen names. Best of all, check out Botgirl's manly blog on the subject - OK, don't actually read the whole press release, it's like War and Peace, but there's a video presentation, Woot! It's a great introduction to the show, as well as a fine example of why voice morphing wins hands down as the creepiest idea LL ever came up with.

For the opening, Gracie Kendal is going to reprise her Gracie/Kris theatre piece (she'll do it again the following week so don't fret if you can't get there on Saturday). 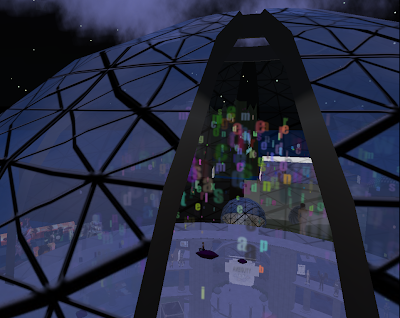 Walk from the central landing point into Freewee's central hall, a classical structure ringed with blank avatars and cut-out stereotypes; find the board and then TP to the second floor and into Ian Pahute's brilliant half-dome instal, complete with flying cushions. Set midnight for the best effect.

Ian also made this wonderfully atmospheric machinima about his build. 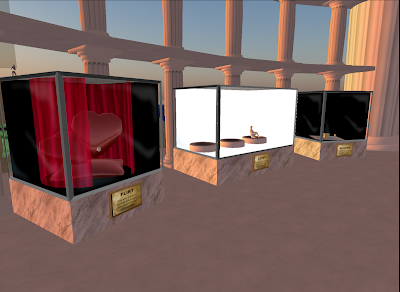 On the ground floor of the dome, you can strike a pose and be somebody inside each of the twelve dioramas by  Fuschia Nightfire. They fall into four triptychs, although I'm pretty sure she didn't think of them that way when she put them together, but the Diva is by the model and the dancer, the teacher and students are next to Thinker, and so on. 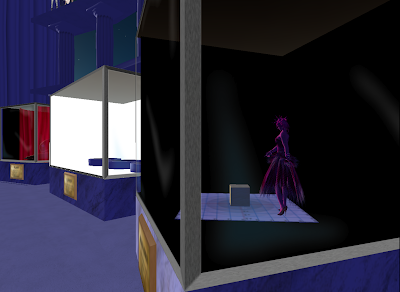 This is her in 'Builder', part of the Flirt/Lover/Builder group, which seems both visually and conceptually strong enough to be an exhibit by itself. 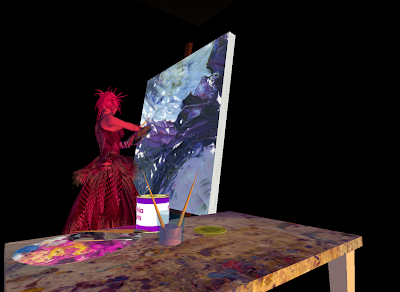 I also got this great shot of her in the Artist diorama. 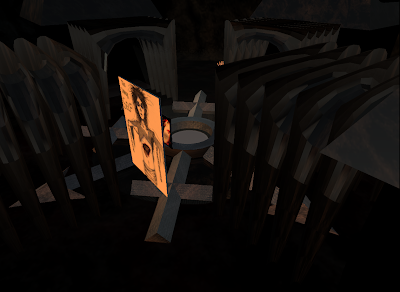 There's this scary looking piece, too - I can't remember who built it, I am sure someone will say whose it is in the comments. 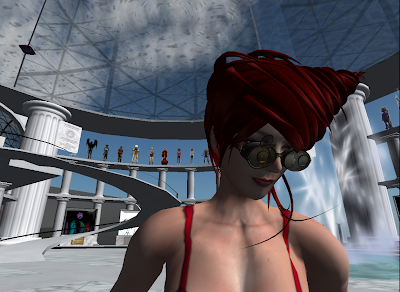 Maya Paris kindly brought me over to view her contribution to the show, Now You See Me. Here, identity is a game of cat and, well, (being Maya) - bird, of course! and you're invited to play along. 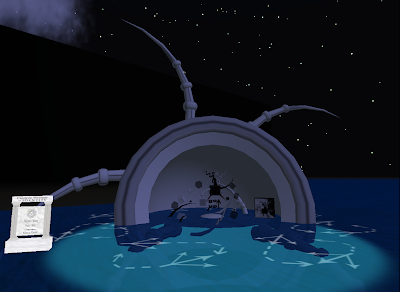 There's a costume to wear, so you become a sort of androgynous bird-bot, and once you've got that sorted, you TP into the upper environment, where views and expectations become knotted and bump into one another among strange sounds, clues, and perches. 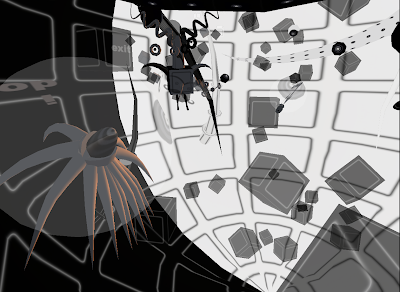 Identity is Maya's first major collaboration with Caerleon and she's really enjoyed the experience, not only for the opportunity to show her work alongside names she has long admired, but also for the chance to spend time with fellow artists. It's an enriching thing, to go beyond the mere message of art, with all its false leads and ambiguities, and communicate frankly with the person behind it. 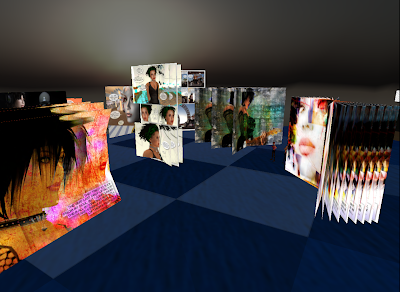 Back on earth, we wandered next door to take a look at Chrome Underwood's pictures, a classy mixture of portraits of his dolly-model and his cartoon strip. 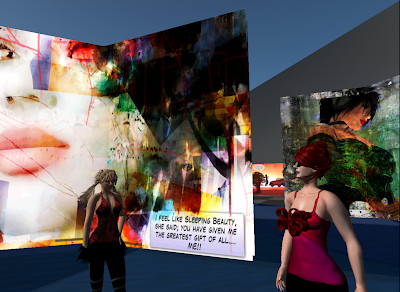 He's got a long note which you can go and find and read at your leisure, but I liked the last line best. "At any rate, no matter how you slice and dice it, it's all about the fun. Enjoy."
I think you will. 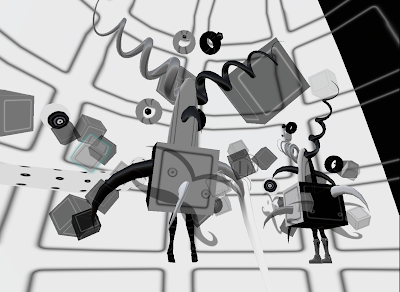 Thanks for the taste of this remarkable show, Thirza. The "scary looking" piece is from the rather scary mind of Nebulosus Severine.